Willemien is Content Team Lead at Yoast. She loves to create and organize content in such a way that it helps people understand SEO. 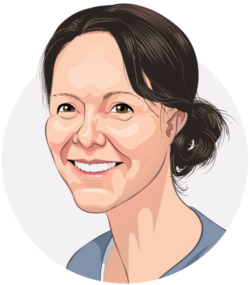 If your online business is doing well in your country, you might consider expanding to international markets. To be successful in new markets requires some extra investments in SEO though. You’d better start thinking about multilingual SEO, if you want to be sure your website will be found and used well in other countries! Here, I’ll explain what multilingual SEO is, why it’s important and which elements it consists of.

What is multilingual SEO?

Multilingual SEO deals with offering optimized content for multiple languages or multiple locations. Let’s explain this with an example. Imagine you have an online shop: you sell WordPress plugins in many countries. To increase your sales in Germany, you’ve decided to translate your content into German and create a German site. Now, you have two variations of the same page: an English and German version. Pretty straight-forward, you’d say? Well, there’s more.

Especially if you want to target countries with similar languages or countries where multiple languages are used, this will pose some challenges. Let’s explore the situation displayed in the image below. This is a simplified example; there are obviously many more potential audiences than we’ve included, like British users.

Obviously, you want people who search in German to be directed to the German site. Maybe you even want to have a specific site for German speakers in Switzerland. It would be even better to have a French alternative for speakers of French in Switzerland as well, of course. Let’s assume for now that you don’t have the required resources for that, though. In that case, it’s probably best to send users from Switzerland who speak French to the English site. On top of that, you need to make sure that you send all other users to your English site, as they are more likely to speak English than German. In a scenario like this, you need to set up and implement a multilingual SEO strategy.

Because it’s not easy to get the right website ranking in the right market we decided to set up a Multilingual SEO training! In this course we’ll guide you step by step through all important multilingual SEO elements. Don’t miss it!

Why is multilingual SEO a thing?

You want your website to be found with Google. In a standard SEO strategy, you optimize your content for one language: the language your website is written in.  Sometimes, however, you want to target audiences in multiple countries and regions. These audiences are probably similar, but there are always differences. This presents you with an opportunity. By targeting your audiences specifically, it is easier to address their needs. One of these differences is the language they speak. When you make your site available in several languages and target specific regions, you achieve two things:

Let’s revisit the example we discussed before in light of this. By making a German variation of your original English site, you’ve made it possible for users searching in German to find your product. In the end, multilingual SEO is all about addressing the needs of your users.

It all sounds rather clear-cut, but multilingual SEO can be hard. A lot can go wrong, and a bad multilingual implementation can hurt your rankings. This means that you need to know what you’re doing.

One of the biggest risks of multilingual SEO is duplicate content. If you present very similar content on your website on multiple pages, Google won’t know which content to show in the search engines. Duplicate pages compete with each other, so the individual rankings of the pages will go down. You can avoid this particular issue with hreflang, an element of your multilingual SEO strategy. But there’s more to multilingual SEO. Let’s discuss the main aspects below.

Your content strategy should always start with keyword research for the region and language you’re targeting. You can’t just translate your keywords using Google Translate. You’ll have to get inside the heads of your new audience. You need to know which words they are using. Same words can have different meanings in languages used in multiple countries, as my colleague Jesse explained before.

Translating content is a challenge as well. Take into account the cultural differences that exist between countries. Otherwise, your copy won’t be appealing to your new audience. If possible, you should have native speakers translate or at least check your translated content to prevent your from making awkward mistakes. If you want a complete list of what to consider when translating content read Marieke’s post on how to create SEO-friendly copy in a foreign language.

To successfully target your audiences, you need to consider which pages you want them to land on. There are several options as to what domain structure you’re going to use. Do you need to get the ccTLD (country code Top Level Domain) like example.de for Germany? Or could you create subdirectories for countries like example.com/de? Or, will you use a subdomain like de.example.com? And what about countries where multiple languages are spoken? How do you set up a domain structure for those countries?

There’s a lot you have to consider to take these decisions. This is where domain authority, but also the size of your business and marketing capacities in your target countries come into play. If you want to really dive into this, you should check out our Multilingual SEO training, that we’ll launch February 7!

Hreflang is the technical implementation you’ll need to put in place if you’re offering your content in multiple languages. Simply put, you’ll tell Google which result to show to whom in the search engines. It’s not as easy as it might sound though and this is something that often goes wrong, even on the big sites. Joost wrote an extensive post on how to implement hreflang the right way.

Multilingual SEO focuses on optimizing content for different languages for the search engines. With a proper multilingual SEO strategy, people in different countries will be able to find your website for their market, in their native language. Multilingual SEO can be hard though and you need to know what you’re doing. It touches on a lot of different aspects of website optimization. If you really want to get it right, take our Multilingual SEO training!

Read more: How to create SEO friendly copy in a foreign language »

18 Responses to What is multilingual SEO?