It’s the 8th year that this conference took place. WordCamp Europe was, as always, an informal, community-organized gathering of WordPress enthusiasts: From casual users to core developers. We discussed all things WordPress, shared ideas, and got to meet new friends! Of course, Team Yoast was there. You can find our recap of the event below.

Oh, and for some extra fun, we created a few zoom backgrounds, Yoast-style! Feel free to download and use them during the event (and later). Oh, and don't forget to check out our virtual Yoast magazine! Thanks!

Ever since 2015, June equals WordCamp Europe. Therefore last week, thousands of WordPress enthusiasts were traveling to… their work-from-home offices to attend WCEU.

It wasn’t meant to be like this. The organizing team of WordCamp Europe had been working very hard on organizing a huge in-person conference in the beautiful city of Porto, Portugal. Things were about ready when COVID-19 struck. After WordCamp Asia was canceled, for a short while there was still hope that WordCamp Europe would be able to continue as planned. Looking back, we now know how naive that was.

However, unlike WordCamp Asia, which was canceled just days before the event, WordCamp Europe had time to recover from the devastating decision to cancel the event. Fortunately, they came up with a COVID-19 safe solution; WordCamp Europe online! And so it happened...

It starts with a contributor day

Thursday, June 4th, the first day of WCEU online, was the ‘traditional’ contributor day. A day focussed on onboarding new contributors to WordPress. In good Yoast tradition, quite a few of our colleagues joined the contributor day in a wide variety of teams. Just naming a few; Meta, Polyglots, Marketing and Hosting.

And we must say, hosting the contributor day online worked really well. Having the event online allowed everyone to have maximum focus on the one team they picked. This resulted in a very productive afternoon and evening.

The main tracks consisted of YouTube live streams with a mix of live talks and pre-recorded talks, all with live Q&A. The live stream was live captioned and had the YouTube chat next to them for discussion and asking questions, as you can see here:

Both tracks offered a very diverse program, both in speakers and topics. This deserves a really big round of applause for the organizers and is very dear to our hearts at Yoast. And, if you missed a talk, you can still watch all the live streams on YouTube.

After giving a talk, speakers moved to the networking room (a zoom meeting) for their track. That allowed attendees to ask follow-up questions to the speakers, or engage in conversation amongst each other.

For those who didn’t want to attend a session, there were four sponsor rooms in which sponsors had a slot for a presentation, company promotion, or any other creative way of interacting with attendees. I’ll tell you about our pub quiz later.

Besides the sponsor sessions, many sponsors also had a virtual booth. Each virtual booth was a zoom session where attendees could engage with one of the awesome sponsors of WCEU Online.

We had quite some fun during WordCamp EU! While getting used to the online character of the event, we managed to get a fairly good crowd stopping by our booth. There we had interesting conversations with old and new friends. We made plans together and caught up on how people are doing in these strange times.

I had the pleasure of presenting an awesome pub quiz together with Marieke in our sponsor slot, which was filled with joy, laughter, and some really hard questions. They ranged from ‘who’s the founder of Yoast?’ to ‘Who is the CEO of WordPress?’, for example.

The main prize was a custom made Yoast fanshirt, loads of Yoast goodies, and of course stroopwafels! If you've been following us for a while, you can understand a little panic when Milan Ivanovic won, and we realized we have to try and ship stroopwafels to Belgrade again!

Meanwhile in our virtual booth, Joost, Michiel and Thijs also provided live site reviews for those interested. We highlighted things we liked and gave pointers, tips & tricks on how to improve both SEO and UX. We'll definitely do that more often, as the interaction with website owners is just great!

So all-in-all, we’re looking back at a good alternative to meeting in person in Porto. However...

While it was a great online event, it simply wasn’t WordCamp Europe. Let me first describe why I love #WCEU so much...

WordCamp Europe is focussed on connecting people. It’s held in a different European country every year and helps take away borders between countries and people.

At WordCamp Europe, everyone you meet can introduce you to someone new. Everyone is friendly and open to a good conversation, even though we oftentimes communicate in everyone’s second language. It’s about roaming the hallways, meeting old and new friends. It’s about meeting up with people you’ve met before, and meeting people you’ve never met before.

WordCamp Europe is about sharing our passion for Open Source, the open web, and open discussion about virtually anything. It’s inclusive, safe, and welcoming. It's simply amazing.

It’s a lot harder to create that same atmosphere online. Even when a whole group of people is in the same zoom session together, there is only one active conversation at a time, unlike a real booth. It’s also harder to find people, and casually walking up to someone to say hi is different.

And let’s be fair, being the last to leave the online party isn’t the same as its in-person version. That said, then being the first in the room the next day was quite a bit easier than usual ;-)

WCEU Online was a welcome alternative to the canceled WordCamp Europe. It was a good online event, we learned a thing or two in the sessions and we had loads of fun!

Yet our goal for next time, for the next online WordCamps, is to figure out what we need to do to create that real (offline) WordCamp vibe! We want to engage with everyone even more. We want to meet more people, organize more fun activities, and get to know you even better.

Because if we can do that, and we can invite everyone who’s ever touched WordPress to these amazing online events, then we’ll have a true online WordCamp! We are looking forward to it!

So if you feel we, at Yoast, can contribute in any way to your WordCamp. For example, by helping you brainstorm, providing specific talks or resources, or hosting a pub quiz, please feel invited to ping me on WordPress Slack! Happy to help!

And of course, I hope to see you again in person as soon as possible!

Get the latest Yoast magazine

Don't miss out on our latest magazine! Just fill out this short survey about our newsletter, and we'll send you a nice digital version of the magazine. Thanks!

Right-click the image, click Save Link As and download your background!
Instructions to set your zoom virtual background here.

We also have that one without the hat for you, download it here 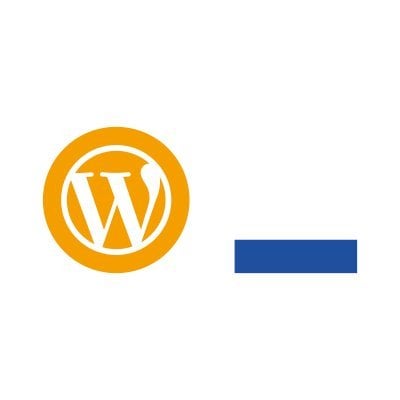 Online
WordCamp
https://2020.europe.wordcamp.org/
Who were there: