Jimmy Comack is Developer Relations Advocate at Yoast by day, gamer and film addict by night. He's a big proponent of open source software and tries to contribute to the OS community when possible. 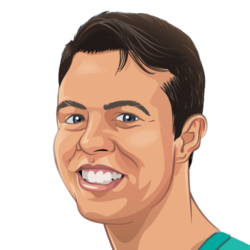 Back in 2012, Twitter introduced a system called Twitter Cards which allows site owners to display enhanced tweets on their websites using a syntax very similar to that of OpenGraph. Thanks to this new system, Twitter can show nicer looking tweets, including ones containing media such as images, audio and video.

How does it work?

As mentioned in the introduction, Twitter Cards make use of a very similar syntax to that of OpenGraph. Twitter has some properties that are specific for their platform which you can see in the following snippet:

The twitter:card property is required and defines the type of card you want to show. You have four flavors here: summary, summary_large_image, app and player. What the difference is between all these different cards can be found in the documentation.

When it comes to parsing URLs, images and descriptions, Twitter makes use of existing og: properties. You can overwrite these og: properties with Twitter specific ones, but most of the time this isn’t something you’d want. If your goal is to display completely different information on Twitter, then these tags allow you to override default behavior.

There’s one thing to take into account when using both the Twitter and OpenGraph options. Twitter uses name to specify the attribute whereas OpenGraph makes use of the property attribute. Take this into account if you plan on manually implementing Twitter Cards.

As with other meta tags, you need to add the Twitter tags in the <head> of your website and ensure that the values are set properly on a per-page basis. This can quickly becomes an unwieldy task for a blog, so we built a feature that generates the proper meta tags for you.

Want to change the look of the Twitter Card for a specific post or page? Just use the form on the Social tab. Here you can tweak specific properties to your liking. 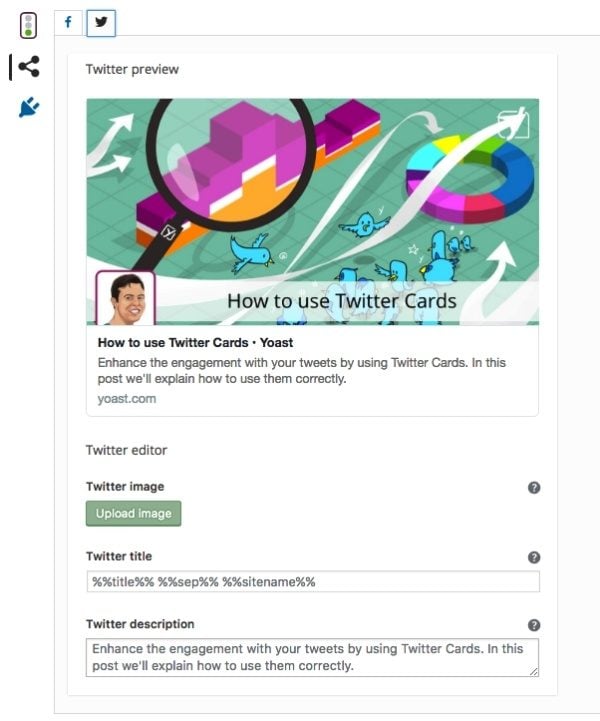 Read more: SEO basics: how to use social media »