Today we’ve pushed out Yoast SEO 3.2. This release’s most notable feature is the addition of a help center to every settings page. You’ll remember we released tutorial videos a while back. These videos are now available right where you’d need them: on the tab that each video discusses. Other changes include accessibility improvements and tons of bug fixes. Last but not least, we have Social Previews in Yoast SEO Premium.

As you’ll have noticed we hired Andrea Fercia a while back. Andrea has been working hard on improving the accessibility of Yoast SEO. Some of the changes he’s made are visible and useful to everyone. Our new toggles were improved, as well as our inline help, which now looks like this:

We released our tutorial videos a few weeks ago. After that, we thought: how can we use these videos most effectively? The answer was rather simple: put the videos on the tab they talk about. The “most WordPress way” would have been to put them in the help tab. Unfortunately, nobody, ever, seems to be able to find that tab, so we’ve made it far more visible:

When you click it, it expands and contains the video for that tab: 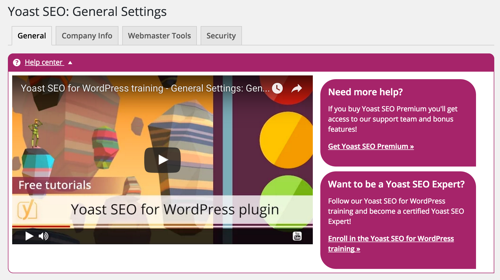 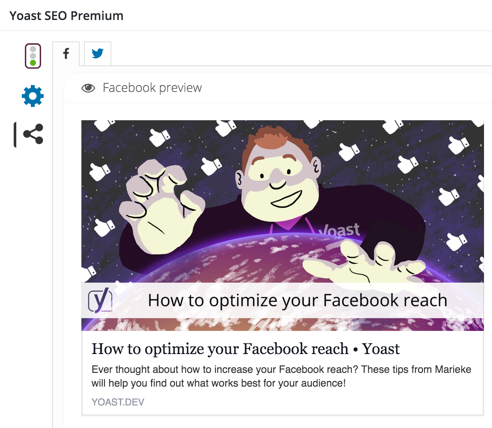 We’ve removed the “hide” features we had, for hiding RSS feeds and a few other things. There simply is no real SEO benefit to these features. On top of that WordPress is adding more and different things to the <head> all the time and deleting them can lead to issues.

Google+ is dwindling, so we were already discussing its fate in our plugin. The Google+ metadata on posts was conflicting more and more with Facebook. Facebook was picking up Google+ images over Facebook OpenGraph images. These factors combined made us decide to remove the Google+ functionality from the plugin.

Eleven contributors outside of Yoast contributed to this release with patches. This brings the total number of contributors to the plugin to 112, a number we’re very proud of!

Go try it, and let us know in the comments what you think!