If you’ve ever taken a tour around our offices, you probably noticed quite some creative LEGO artworks! We’ll show you what we love about these awesome bricks. LEGO enthusiasts pay attention, because on this page you’ll find content that may trigger you to buy more LEGO!

It all started when…

… Joost was just a kid! We asked him where his love for LEGO comes from and how it got intertwined within Yoast:

“I’ve loved LEGO ever since I was a kid! When I became a dad (which I did at 24), I started building LEGO again, and started buying bigger “adult” LEGO sets as well. I particularly love the modular buildings series and the very large Star Wars sets. Since we didn’t have room to display these at home, I started displaying them at the office. Since I now had more room to display these sets, I started buying more and soon after we started our tradition of the annual “LEGO building day”, in which we build all the sets I buy throughout the year. Those sets then decorate our offices, much like other offices have art.” 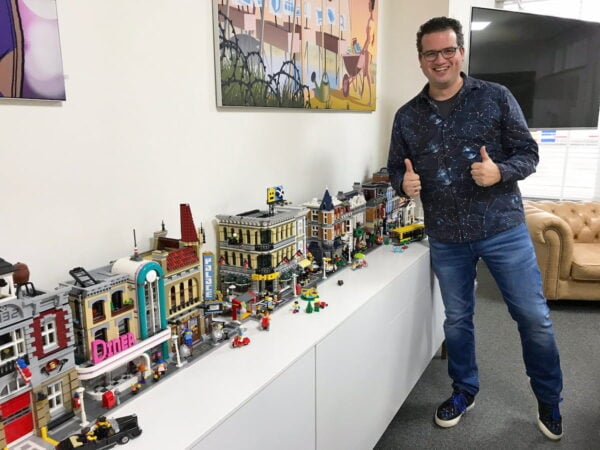 If you ever wondered why we’re such big LEGO fans at Yoast – well, this video explains it all. Press play and watch mini figure Joost tell you all about how his hobby got a bit out of hand, show you the great variety of LEGO themes that are displayed throughout our offices and more!

The annual LEGO building day is a day many Yoasters look forward to throughout the year. Initially, it started because Joost bought more LEGO than he could store. A hobby that got out of hand, so you could say. When Yoast started to thrive as a company, the idea to build LEGO with everyone who was working at Yoast at the time, partners and children included, came to mind. It’s a team building activity, while also having lots of fun. These days became so well appreciated that it turned into an annual tradition on the “3rd day of Christmas”.

Yoast LEGO figures travel all over the world!

We have gathered many LEGO mini figures throughout the years and they have often been the most popular goodie at events all over the world. To give you some examples: During the first YoastCon we hid personalized golden LEGO figures throughout the building (can you spot Joost!?). Guests went searching fanatically, like they were looking for easter eggs, and many succeeded! We’ve also made LEGO photo props once, and during YoastCon 2017 we had a special LEGO mini figure, a limited edition. It’s a lady wearing clothes in the color of YoastCon. Her name? Miss Yoast!

Our colleagues about LEGO

“I enjoy building LEGO a lot, and it’s even more fun creating pieces together with colleagues!”

Karin was lucky, because she worked at Yoast for just one month when she got to experience her first LEGO building day! She loves bringing her kids, since they enjoy playing with Lego as well. She organized some of the LEGO building days herself. Fun fact about Karin: in her application letter she wrote she’s got a special talent for selecting and sorting out LEGO! 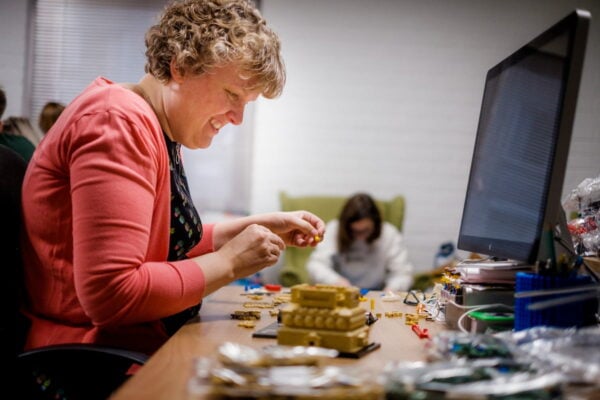 “It’s nice to discover what the sets look like in real life!”

According to Maarten, building LEGO with your colleagues is a great team building activity. People with smaller sets usually finish earlier, giving them more time to take a look around. But he often sees people with sets that are so large that they’ll slightly panic whether they’ll be able to finish by the end of the day. However, we all think that is part of the fun of course! 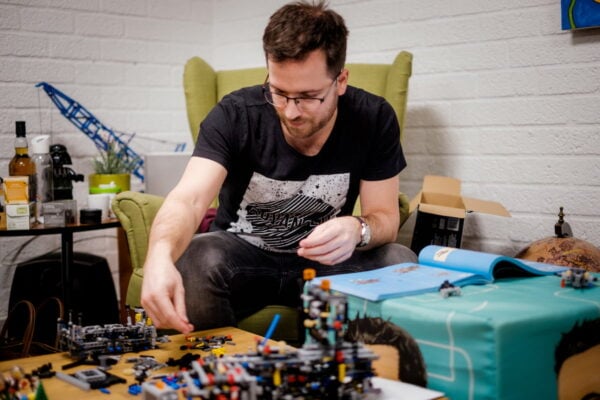 “Building LEGO together, having fun, me and my family just love it!”

Bianca always enjoys the Yoast LEGO building days. Sharing your love for LEGO and having an awesome day with colleagues and their families at the same time seems a perfect combination. Besides that she likes to see children having fun building LEGO or just playing, and not to forget: the delicious lunch, served by a local food company! 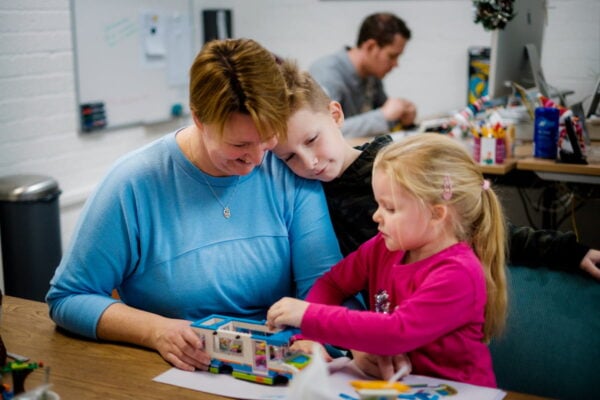 LEGO® is a trademark of the LEGO Group of companies, which does not sponsor, authorize or endorse these images.