Joost de Valk is the founder and Chief Product Officer of Yoast. He's a an internet entrepreneur, who next to founding Yoast has invested in and advised several startups. His main expertise is open source software development and digital marketing.

News comes in weird bumps sometimes. While last week was filled to the brim with search news, this week it’s incredibly slow. There was a lot of news out of Apple though, and some of it touches on search and online enough that it warrants discussing it here.

In iOS9, Apple will let you block ads. Yes you read that right. You can block ads on your mobile phone. From a user experience point of view that’s a very smart move. Google and other ad providers have their mouth full about caring about the user experience. Their ads though are often the thing slowing down the page load the most. It’s also worrisome because so many news outlets and other publishers rely on ads for their business model.

This article on Medium talks about how Apple is slowly adding more and more features to Spotlight. Spotlight is its search functionality baked into iOS and Mac OS. If you read that you might think “but it’s not web search”. To that I say: well… Not yet. If you read this, you’ll realize it might become a search engine. If it does, Google would finally get the formidable competitor I think it needs for the market to become healthy again.

The biggest true SEO news is a Google test, and one that’s not going to have much impact by my estimation at that. I did want to do a small dive into something that has happened in the last months and see if we know a bit more now: Mobilegeddon.

Who truly got hit by Mobilegeddon?

In one of the earliest posts about the impact of Mobilegeddon, Reddit got pointed to as one of the biggest losers. When I check their mobile visibility now, I can see they’ve completely recovered.

NBC Sports is a better example. Their mobile visibility took a dive and hasn’t recovered (note that the left axis doesn’t go to 0 so it’s not quite as dramatic as it looks):

NBC Sports does just about everything wrong. Let’s say you’re a normal user and want to go to their site on your mobile phone. First, you get an interstitial for their mobile app. You’re on the go so you click that away, you don’t want to install an app while you’re traveling. You just want your sports news! Then… They give you the normal site. Saying it’s not optimized for mobile is an understatement: 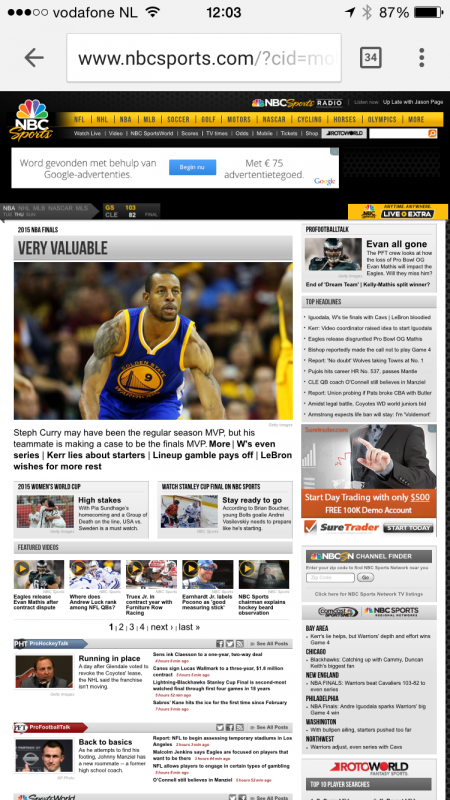 Another site that got hit quite hard is FT.com. It didn’t recover either:

The following screenshot was taken with my iPhone 6: 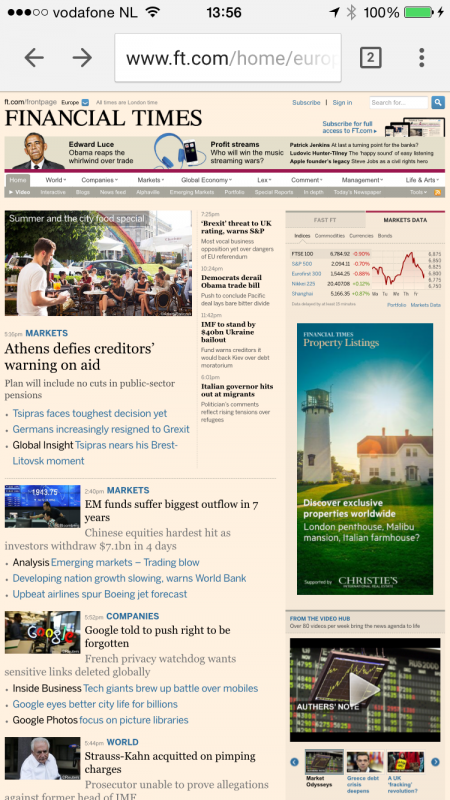 It’s horrible. The peculiar thing is: it does have a mobile site. It even gives you a popup for it: 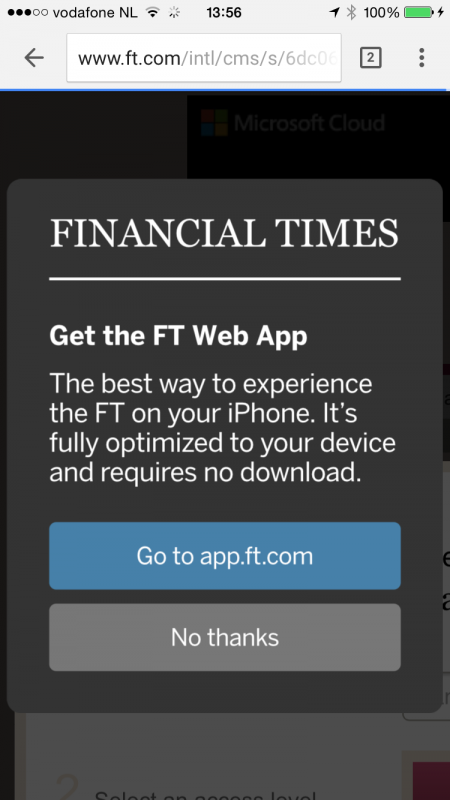 This leaves me with so many questions… First of all: why? Why not just redirect me if you see I’m on a mobile device? Why not tell Google that you have a mobile friendly version too (using rel=alternate)? And lastly: why a separate mobile site? Why not go fully responsive?

Responsive designs are the future for many reasons. It might seem like more work, in the long run, it’s much less work. Maintaining a separate mobile site is going to be much more costly. FT needs a good SEO and it could do much better with just a few relatively simple fixes. If you’re working on your site though, you’d be much better off just making your site responsive and not having to make changes like that, ever.

It’s clear: the time you could get away with nonsense like this is over. So get your site ready for mobile. If you need pointers, consider one of our site reviews, we’ve got a nice discount at the moment on them too! See you next week!