In the past years, the number of plugins has grown enormously. Is it likely that this number will continue to increase? And what will the consequences of these enormous numbers of plugins be? Is it desirable to have so many different plugins or do we need consolidation? Let’s philosophize a little:

Explaining the increase in plugins

The past increase in plugins is easily explained. The number of people with a (WordPress based) website has grown enormously in the past decade. Also, the number of people wanting to make money with their website has grown. As a result, more and more functionality is needed. At the same time, people aren’t willing to pay (big) money for their functionality. Why should they? The openness of the internet allows everybody to develop their own plugins. Plugins are available for free on various platforms, most notably WordPress.org, and on individual websites. Some will even develop their own custom plugins for their sites.

The vastness of the internet makes it hard for people to find plugins. It’s even harder – especially if you are not able to code yourself – to judge the quality of plugins. Standards (such as WordPress coding standards) have been set, but are not followed by all or even most developers. The result is that a lot of the plugins are written in poor code and turn out to be poorly compatible with other plugins. For consumers, it remains difficult to assess which combination of plugins is most appropriate for their specific website. This will result in frustration and anger if plugins are incompatible.

The solution: setting and following standards

Thinking about this plugin-situation made me wonder whether this in fact is such a unique situation. The plugin-business isn’t that old yet. In other branches – like construction – the same problems must have appeared (and been solved already!). Let’s look at construction-history and see what lessons we can learn: 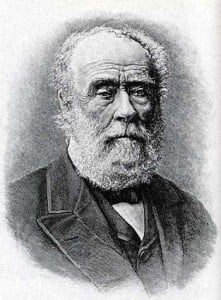 Before the industrial revolution, every carpenter used his own screws and nails. During the industrial revolution the need to make interchangeable parts became highly important. Joseph Whitworth designed the first standard size for screws. His standard was quickly taken over by the British Railways, which is nowadays known as the British Standard Whitworth. If parts are used by many, it makes sense to make them interchangeable. It saves us a lot of money, anger and frustration. So after a process in which many people used many different screws, came consolidation, making it easier for the consumer to combine parts. Nowadays, we all use the same kind of screws (except IKEA).

So, do we need to set a standard? But… there already is a standard? Why isn’t this standard followed (yet)?

One would expect that in the near future, more and more developers will follow code standards while writing new code, simply because the market and/or their employers demand it. But: the WordPress-community has a lot of talented – but sometimes pigheaded – programmers, who like to code in their own way. And why wouldn’t they, they offer their stuff for free! The beauty of open source is the enormous potential of geniality. Everybody can join and use the free software. The downside is that it makes it hard to impose any kind of standardization.

However, as the internet matures and people make more money with their websites, they will be more and more annoyed with poorly programmed functionality. At the same time, they will be more willing and able to spend money on well programmed and tested plugins. As a result of that, developers will be expected more and more to abide by standards, which will make it easier to create compatible plugins, but they’ll also be able to charge for this more easily. These processes will lead (in my opinion) to an increase in functionality, but to a smaller number of highly used plugins.

Alongside the process of standardization, a process of consolidation is also inevitable. We’ve really only seen very small steps in that regard in the WordPress community, but I fully expect the “big” players to slowly start acquiring more and more small players. The only players we’ve seen doing that so far are Automattic and WooThemes, but I fully expect others to follow suit, by buying plugins or complete companies.

Of course, none of us can really look into the future. All we can really do is wait and see what happens in the plugin business. But we know this: Yoast will play an active role, both in setting standards & improving plugin compatibility and in the consolidation process (no that’s not a hint at anything yet). The development in website functionality is continuously amazing and will allow us to keep on developing plugins for years to come!

We’d love to hear your thoughts!

Marieke van de Rakt is the CEO of Yoast. Her main focus is on growing the company. She is really passionate about maintaining open and friendly company culture. Marieke is also heavily involved in the marketing of Yoast and with Yoast SEO Academy: the online courses platform.

17 Responses to Plugin to the Future