Joost de Valk is the founder and Chief Product Officer of Yoast. He's a an internet entrepreneur, who next to founding Yoast has invested in and advised several startups. His main expertise is open source software development and digital marketing.

I’m at the airport in Munich while writing this, going back home after a week with the brightest minds in SEO surrounding me at SEOktoberfest. Luckily, there was plenty of news to discuss :)

If you’re doing local search optimization and want to know a bit more about it, Moz’s local search ranking factors research piece is always a good one to read. It’s been updated for 2015 and should give you a ton of info.

There were some changes in local search this week too, with Google returning the phone numbers & addresses to the local pack and Google testing a simple “claim this business” link in maps for unclaimed listings.

I missed out on mentioning this piece by Danny Sullivan about all the small changes Apple did to search in iOS 9. This week I figured out that there’s a bigger change in all this. In the new Safari, if you search, you will sometimes get a top hits result like this: 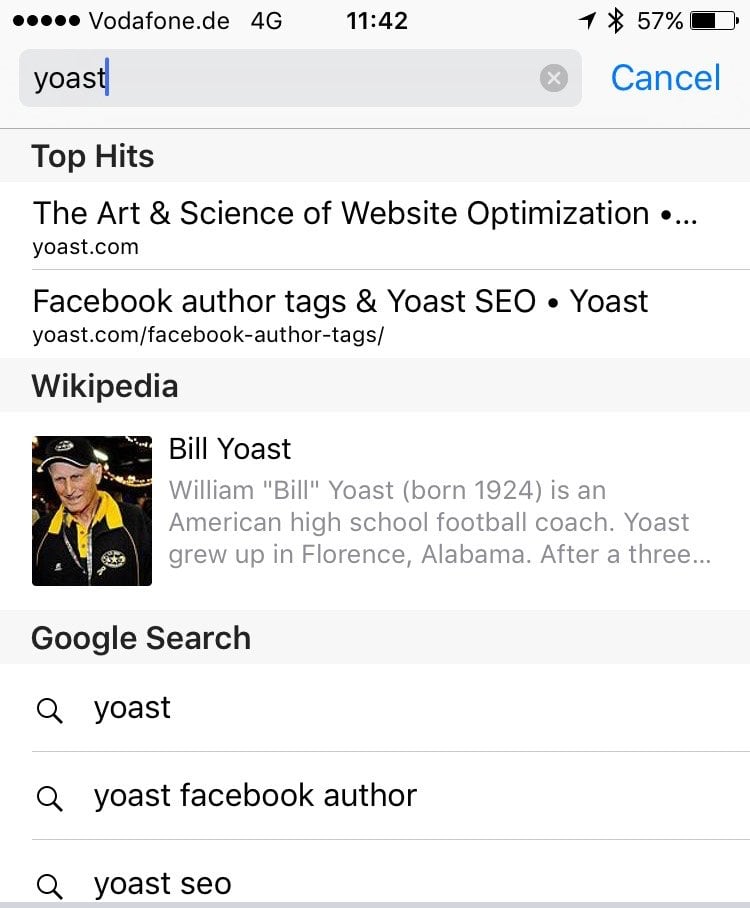 Those “Top Hits” aren’t coming from Google, but from Apple Search. That’s quite the change as it means that Google will now miss out on many, many brand searches. This can have a significant impact both on PPC campaigns and on organic search clicks. This might then have an impact on how the value of both is perceived.

Your right to be forgotten

Your right to be forgotten, the right for you to tell Google it shouldn’t show specific links when searching for your name, is now a global right. This happened because of a court case Google lost in France, which is only the next court case in a series of court cases that Google seems to be losing throughout Europe.

1 Response to Local and iOS9 search